Thank you for your interest and participation in this study.  Following seven months of intense work by the Mayor's Advisory Committee, city staff, and the consultant, along with extensive public outreach, the recommendation described below is being presented to the city this month. A brief overview of the study process is below; details are provided on the various tabs above.
Public Involvement
The high interest in the project was shown by more than 6,700 visits to the blog and over 600 comments from community members via the survey and comment forms. The Mayor's Advisory Committee relied heavily on the feedback from the public as they studied and prepared their recommendation.

Alignment and Landings
The first round of public outreach showed a 75% to 25% preference for the  alignment and landing design shown below.  Key issues were the connections to existing pedestrian and bicycle routes on both sides of the bridge, the amount of green space, and safety. Go to the Options Analysis tab from information. 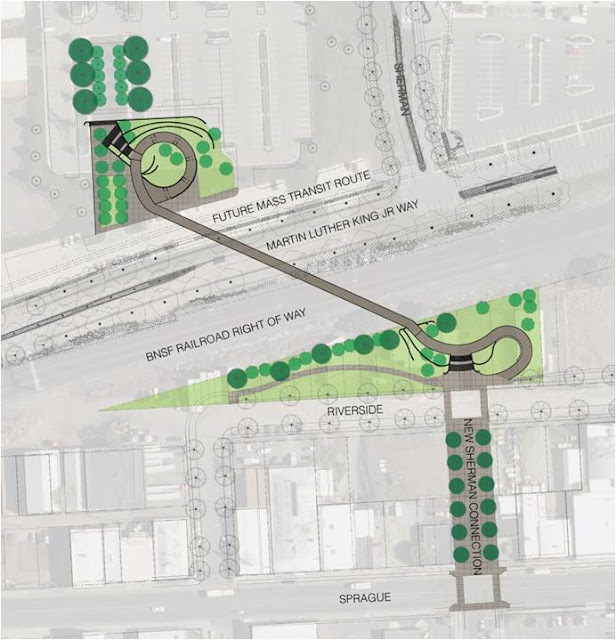 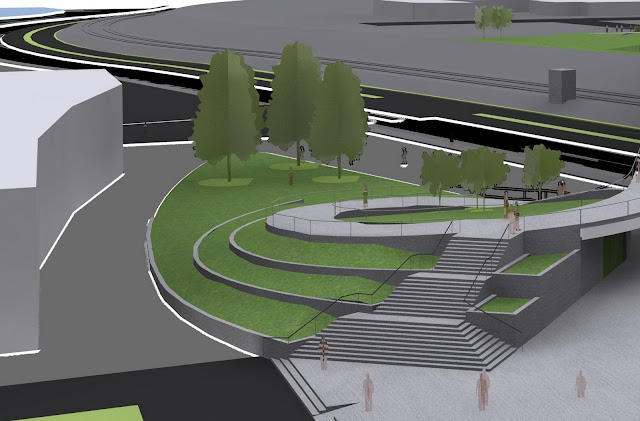 Bridge Style
The second round of study and public outreach focused on two potential bridge styles. the arch and cable-stayed.  The feedback showed a 64% to 35% preference for the cable-stayed bridge style, shown above. Go to the Bridge Styles tab above for more information.
Email ThisBlogThis!Share to TwitterShare to FacebookShare to Pinterest
Home
Subscribe to: Posts (Atom)